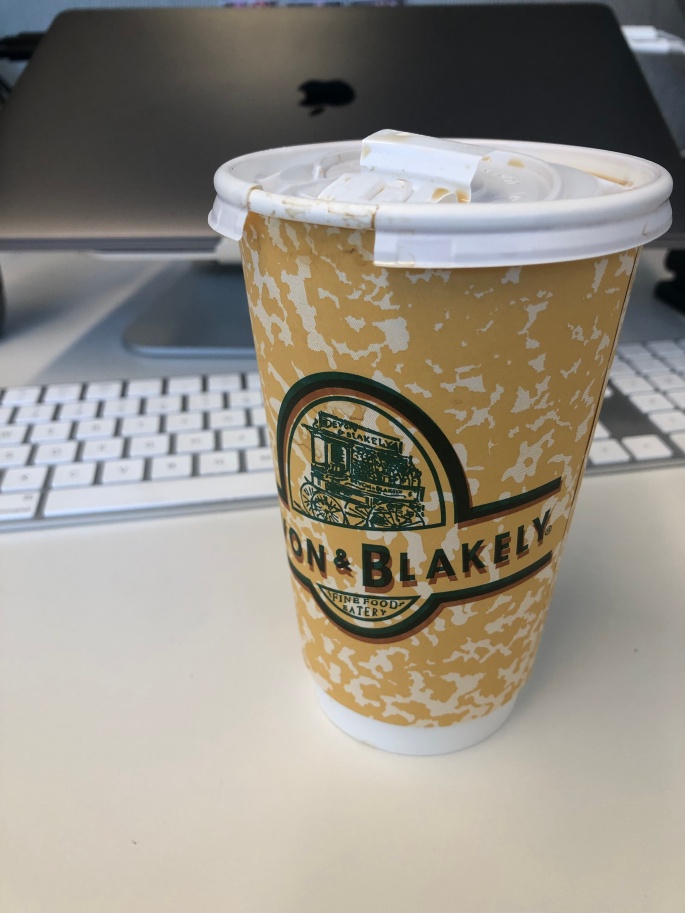 One of the things I’ll miss most about my time at OppenheimerFunds is the silent relationship I developed with the coffee guy at Devon & Blakely. I have no idea what his name is – I passed the point of being able to ask several months ago. He doesn’t know mine either. But he knows I like a small coffee with milk. And that’s all that matters.

Whenever you move somewhere new, whether for a job or a new home, it takes a while to establish the new routine. When I started at OppenheimerFunds, Olive’s was my first choice for coffee. While it took forever and was too expensive, the final straw was when they spelled my name “wyli??.” Then I switched to the Financier and left angry every morning. I made it my personal challenge to get them to smile or say thank you just once! But gave up after months of failure. It was then I switched my allegiance to Devon & Blakely.

It was just recently that “he” started handing me that small coffee before I ordered. Ever the competitor, I paid close attention to my fellow patrons to see if I was the special one. It seems as though I am. A large part of this is likely due to the cafe being in the Oculus, full of tourists who never return. And I’m sure some part of it is that I just missed the same thing happening to other people. Whatever the reason, it’s a great way to start off every morning feeling like the Chosen One, no matter how ridiculous that sounds.

As OppenheimerFunds is winding down, so too is my live attendance at the office. Which means my trips to Devon & Blakely are fewer and farther between. This morning was the first visit in over a week, and though he doesn’t know this, it will most likely be my last. But he must have missed me. Instead of a small coffee, he silently handed me a large! He winked, and told the cashier to charge me for a small. It’s as if he knew this morning marked the end of our relationship. And I ALMOST asked him his name. And I thought about telling him how much he meant to me every morning, and what that large cup represented to me not just this morning, but the outsized optimism it gave me, if even for a minute, about the future. Alas, all I did was smile and say thank you. And bid him a silent goodbye.